Afghan election set for April 20 amid Taliban talks with US 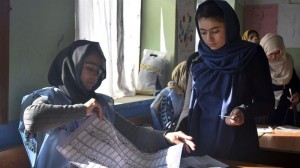 Afghanistan’s presidential election will take place next year on April 20 with results due by June, the electoral authority in the conflict-ridden country announced.

The 12-day registration of presidential hopefuls will start next week, Gulajan Abdulbadi Sayad, head of the Independent Election Commission, told a news conference in the capital Kabul on Monday.

“All necessary preparations and an action plan are in place. Soon the recruitment of staff for the presidential polls will also begin,” he said.

He pledged the results of the April 20 presidential polls would be out by June.

Taliban meeting with US

Afghan Taliban representatives and US officials met in the United Arab Emirates (UAE) on Monday amid diplomatic moves towards establishing the basis for talks to end the 17-year war in Afghanistan.

Taliban spokesman Zabihullah Mujahid said representatives from Saudi Arabia, Pakistan and the UAE also took part in the discussions, which follow at least two meetings between Taliban officials and US Special Representative for Afghanistan Reconciliation Zalmay Khalilzad in Qatar.

Diplomatic efforts to resolve the conflict have intensified, although the Taliban have refused to deal directly with the internationally recognised government in Kabul, which it considers an illegitimate foreign-imposed regime.

The Taliban say the presence of international forces in Afghanistan is the main obstacle to peace and fighting continues with heavy casualties on both sides even as the peace process gathers momentum.

No direct talks with Afghan government

Although the Afghan government has not taken part directly in the talks, a team from Kabul met US and Saudi officials in the UAE on Sunday, national security adviser Hamdullah Mohib said.

Ghani has formed a team to negotiate peace with the Taliban but the armed group said in a statement on Monday that senior members had no plans to meet representatives of the Afghan government in the UAE.

“The talks in UAE will happen with the US envoy in the presence of representatives of some other countries,” said Mujahid in a statement.

As well as establishing direct contact with the Taliban, US officials have stepped up efforts to win support from countries with an interest in Afghanistan, including Pakistan and Saudi Arabia.

A US Department of State spokesperson said the meetings in Abu Dhabi are part of efforts to promote an intra-Afghan dialogue that could end the conflict in the country.

“We have long said that the war in Afghanistan will only end when Afghans sit together with mutual respect and acceptance to discuss a political roadmap for their future,” the spokesperson said.

“Special Representative [Zalmay] Khalilzad has in the past met, and will continue to meet with all interested parties, including the Taliban, to support a negotiated settlement to the conflict.”