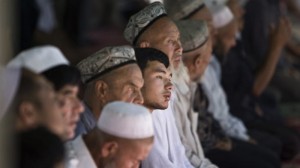 by Khaled A Beydoun:Rwanda. East Timor. Myanmar. The world has a cruel habit of ignoring humanitarian disasters until it’s too late. Old habits die hard, and the people targeted by state-led ethnic cleansing programs even harder. But the reports of mass concentration camps and the criminalisation of Islam inflicted upon China’s Uighur Muslims should alarm anyone and everyone. Right now.

In August, a United Nations human rights panel reported that up to one million Uighur Muslims were forced into grounds that resemble massive internment camps in Xinjiang – the autonomous region in western China home to approximately 10 million Uighur Muslims. Gay McDougall, who sits on the UN Committee on the Elimination of Racial Discrimination, claimed that up to two million Uighurs and other Muslim minorities were forced into “political camps for indoctrination”.

The scale of China’s internment is staggering, with at least one in every 10 Uighur Muslim living in Xinjiang “disappearing into internment camps”. The figure is even more staggering for those that have family or friends locked away for no other crime but practising a faith – Islam – in a region where this religion is categorically associated with subversion, separatism and terrorism.

But the internment of one million people in Xinjiang is only the tip of the ominous state architecture of ethnic cleansing against Uighur Muslims. The very phrases “internment” and “concentration camps” instantly conjure up images of the Holocaust or the rounding up of Japanese Americans during World War II. Potent analogies that spurred the New York Times, the Atlantic, and the Intercept to publish recent pieces documenting China’s designation of Islam as a “mental illness,” and its merciless objective to annihilate it by way of a sweeping system of ethnic cleansing, of which mass internment is only one part.

Yet, much of the world remains unaware of the horrors unfolding in Xinjiang. And even more, entirely unacquainted with a people trapped within the belly of a superpower bent on destroying them.

Who Are the Uighurs?

A portrait of Uighur Muslim history and identity highlights why China, a communist nation that enshrines atheism and privileges its majority-Han ethnic population, is committed to eliminating these people. The Uighurs are a stigmatised minority on two fronts: ethnicity and religion, and trapped within the precarious crosshairs of an Orwellian police state that views Islam as an affront to state-sponsored atheism and Uighur identity an obstacle to Han ethnic supremacy.

Uighur Muslims are indigenous to Xinjiang, an autonomous region in northwest China that borders Mongolia to the northeast, and a myriad of Muslim-majority nations to its left. After briefly declaring independence in the early 20th century, Xinjiang – and a sizable population of Uighur Muslims – was annexed by communist China in 1949, and remains under its authoritarian control until this day.

In addition to religious affinity, Uighur ethnicity resembles and overlaps with that of its Central Asian neighbours, such as Kyrgyzstan, Kazakhstan, and other countries populated with predominantly Turkic peoples. The region is still called East Turkistan by Uighur Muslims. In line with this nationalist imagining, Uighur Muslims also have their own language, Uighur, formerly known as Eastern Turki, which is only spoken by the Uighur inhabitants of Xinjiang and populations in the diaspora.

Elements within the Uighur population in China have sought to reclaim their independence, claiming indigenousness and persecution as bases for secession from China. In response, China promoted the mass movement of Han Chinese into the country’s hinterland, including Xinjiang, which has effectively reduced Uighur Muslims into a minority on their native land, strategically preempting the possibility of independence.

The 9/11 terror attacks in the United States created new possibilities for China to suppress its Uighur Muslim population beyond demographic engineering. Lockstep, Beijing adopted the American Islamophobia enshrined by the Bush administration, and seized upon a “War on Terror” that conflated Islam with terrorism. With much of the world suspicious of Islam and the Global War on Terror fully deployed, China seized upon a ripe geopolitical landscape that enabled a relentless and robust crackdown on Uighur Muslims – honing in on Islam as the pathway to destroy a people refusing to trade in their faith, language and customs for the alternatives forced upon them by Beijing.

Islam is central to Uighur identity, and religious expression intimately tied to language and culture. But the War on Terror enabled Beijing to target the religious identity of Uighur Muslims to not only stifle aspirations for independence, but push towards full-scale ethnic cleaning. The universal criminalisation of Muslim expression, in Western and Eastern nations, allowed China to first “throw the Uighurs under the geopolitical bus.” And in recent years, completely run them over with an interconnected set of policies that make American or French Islamophobia look pedestrian.

Yet, understanding the broad scale and depth of China’s persecution of Uighur Muslims is fully revealed by its genuine objective: which is transformation and annihilation, not ferreting out terrorists. Criminalising and closely policing Islam, the most conspicuous and sacred identifier of Uighur identity, is how Beijing seeks to bring about that goal. In 2015, China restricted Uighur Muslim students, teachers and other civil servants in Xinjiang from observing the fast during the month of Ramadan, which extended beyond the public sphere by way of police intimidation and surveillance within households during the holy month. This ban was accompanied, accordingto Human Rights Watch, by routine state vetting of Uighur imams, close surveillance of mosques, the removal of religious teachers and students from schools, restrictions placed on Uighur Muslims to communicate with family or friends living overseas, and the screening of literature assigned to students in schools in Xinjiang.

While Xinjiang has rapidly devolved into an open-air prison for Uighur Muslims in recent years, the open observance of Islam would lead one directly to the most vile type of Chinese prison: an internment camp designed to “cure” one from Islam and crush the Uighur people.

Internment and the architecture of ethnic cleansing

Suppressing the observance of Ramadan sent a clear message to Uighurs during the most emblematic period of Muslim life: that expression of Islam will be punished with impunity. In turn, the state ban on Ramadan bludgeoned a cornerstone of Uighur culture and life, and beyond the holy month, pushed forward the state view that Islam is “an ideological illness” that must be more than just criminally prosecuted, but pathologically cured.

Internment camps, called “re-education centres” by the state, grew in size and number beginning in 2013. Within these overpopulated camps, state agents are commissioned to heal the illness (Islam) through a litany of horrors, including forcing Uighur Muslims to eat pork and drink alcohol (both of which are restricted by Islam), memorise and recite Communist Party songs, forced into gruelling work, enroll in Mandarin language courses and comprehensive trainings devised to extract their religion and culture from out of them.

Locked up, uprooted far from home and family, 10-20 percent of the Uighur Muslim population in Xinjiang are currently experiencing or have endured the horrors of the largest network of internment camps since World War II. Those who resist while inside are tortured, and reports of deaths from family members and outright disappearances are widely documented. The majority of those interned have been men, and the Chinese authorities have supplemented the disproportionate incarceration of men with a policy forcing Uighur Muslim women to marry (non-Muslim) Han men. Further diluting the Uighur Muslim population and entrenching Han hegemony.

The threat of internment is a fear that hovers over Xinjiang like a black cloud and looms heavy in the mind of every Uighur Muslim. Indeed, “the detentions and the fear of detention have become an unavoidable fact of daily life.” This fear is a weapon that the Chinese government has wielded to deter and intimidate Uighurs from exercising their faith, enforced by way of ubiquitous police in Uighur Muslim communities, tapping the neighbours, classmates and colleagues of Uighurs to serve as data gatherers and spies, and perhaps most nefariously, deputising Uighur children to monitor and implicate their own parents. Big Brother would be a severe understatement, as Chinese authorities in Xinjiang have enlisted virtually anybody and everybody inside of Uighur Muslim communities to partake in the project of uprooting Islam.

Last week in The Atlantic, Sigal Samuel wrote, “China’s crackdown has some Uighurs in Xinjiang worried that their own children will incriminate them, whether accidentally or because teachers urge kids to spy on their parents.” Samuel’s work helped spur discussion about the horrors taking place in Xinjiang beyond the internment camps, which created an entryway to learn about the other tentacles of China’s ethnic cleansing programme; particularly those targeting Uighur children.

China’s project of breaking up the family unit, the building block of Uighur Muslim society in Xinjiang, is achieved through the routine programme of marshalling children to report on the religious activities of their parents to (state-controlled) teachers. But also the formal institution of state-run orphanages, where the sons and daughters of interned Uighurs undergo a programme of cultural brainwashing and assimilation tailored for children.

Within the walls of these orphanages, where ”[children] between the ages of six months and 12 years are locked up like farm animals,” Chinese authorities carry out what is perhaps the crux of their ethnic cleansing program: engineering an entire generation of Uighur Muslims to turn their back on their parents, religion and culture, in favour of the atheism, Mandarin language and Han customs privileged by Beijing. In turn, stripping the Uighur people from its very lifeline, its children, and paving a pathway towards the utter decimation of 10 million Uighur Muslims, and a nation that existed before the creation of the modern Chinese state.

Waiting for the world

On Tuesday, September 4, I released a tweet about the internment of one million Uighur Muslims that went viral, but more importantly, caught the attention of Uighur Muslims in the diaspora. A Uighur graduate student (whose name I will not share for fear of China seeking retribution against him or his family) inEngland contacted me, sharing intimate stories about the trials his family members and friends endured in the internment camps. Like so many, I took to the crisis because of the string of headlines documenting the internment of one million Uighur Muslims, alarmed by how scant coverage of it was in the mainstream media – and how the world was not only idle to respond, but largely unaware.

“We are waiting for the world,” the student told me on Twitter, prefacing a statement that would reveal the gravity of the state violence unleashed on his people: “We are waiting for the world to know who we are,” he finished. A basic plea that China efficiently seeks to keep concealed while systematically policing and punishing every trace of Uighur Muslim life. In order to comprehend the design of extermination China has placed upon Uighur Muslims, we must first know who they are as a people. They are a proud people, whose only crimes are living on a land that has always been their own and expressing a faith and culture rooted deep in that soil.

Acknowledging their existence, as a global community, thwarts the very essence of China’s ethnic cleansing program: to reject Uighur Muslim identity, and remove them from memory. It is still not too late for us, all of us, to know who the Uighur are, and next, help to prevent the world’s next human disaster.

The views expressed in this article are the author’s own and do not necessarily reflect Muslimnews24′s editorial stance.

Khaled A Beydoun is a law professor and the author of American Islamophobia: Understanding the Roots and Rise of Fear.