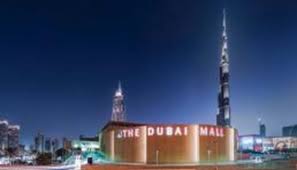 Emaar Malls, the shopping malls and retail business majority-owned by global property developer Emaar Properties, recorded net profit of Dh1.22 billion ($332 million) during the first nine months (January to September) of 2015. This is 30 per cent higher than the net profit for the same period last year.

All shopping mall assets of Emaar Malls, including its flagship, The Dubai Mall, recorded total visitor footfall of 90 million during the first nine months of 2015 compared to 81 million during the same period last year recording an increase of 11 per cent.

Led by the increase in visitor arrivals and the robust retail environment energised by the Dubai Summer Surprises and Eid in Dubai celebrations, tenant sales across all Emaar Malls assets were Dh13.5 billion ($3.7 billion) during the first nine months this year.

Emaar Malls further underlined its reputation as the leading choice of retailers with gross leasable area (GLA) occupancy rate 96 per cent during first nine months of 2015. Annualised tenant sales per square foot of Emaar Malls portfolio is at Dh4,216 ($1,148), almost similar compared to last year. Base Rent renewal continued to record significant increase of 29 per cent for leases renewed during the first nine months of 2015.

Mohamed Alabbar, chairman of Emaar Malls Group PJSC, said: “The positive and sustained growth of Emaar Malls during the first nine months of this year underlines the success of our strategy to position our retail assets as family-oriented destinations. Through a diverse calendar of activities, we have focused on strengthening footfall, which has been further catalysed by the committed efforts of the government to boost the retail and leisure sector. The vision of His Highness Shaikh Mohammed bin Rashid Al Maktoum, Vice-President and Prime Minister of the UAE and Ruler of Dubai, to establish Dubai as a year-round tourist destination has energised the retail sector too, which supported our growth in the third-quarter.”

He added: “We are committed to create long-term value to our stakeholders and to achieve this we are rolling out innovative retail approaches.”