I research Islam and eventually became a Muslim 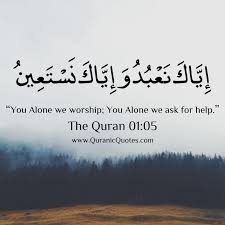 By Poncardas Romas : I was born on December 2, 1959, in Kawit, Kauswagan, Lanao del Norte, Philippines. Since birth my parents were devoted Seventh Day Adventists, one of the thousand branches in Christendom. I was a former Evangelist of the Seventh Day Adventist (SDA).   Since childhood until I became Muslim in 1981, I had been a devoted SDA.

My father was a former member of the ILAGA and CHDF (Civilian Home Defense Force) formed by a former President Ferdinand Edralin Marcos. The Ilonggo Land Grabbing Association (ILAGA) is the name given to a cultic group of Christians who are trained to grab Muslim lands and annihilate Muslims in Southern Philippines.  ILAGA members believe that they have an invisible bulletproof vest and some believe bullets do not hit them.  They used to cut, roast, and eat the right ears of their victims, literally. Then, they make ashes of the remaining ears, and make these ashes as amulet (perfume-liquid bottles).   The ILAGA members believe that the more Muslims they kill, the more power they will possess.

In childhood I was indoctrinated (brainwashed) that Muslims are pagans.  We believed that Muslims are warlike people, traitors, happy to kill non-Muslims, lawless, and all negative attributes of humanity are in the Muslims’ doctrines.  Actually when I was a Christian, I did not know the difference between Islam, Muslim, and Moros—I believed they were all synonymous with paganism.  What I knew about Muslims was that “they were pagans and idiots!”

I was brought up in a conservative Christian educational institution (church school).  In my early days of childhood we were trained to open the Bible quickly and explain the meaning of the text day and night. We were also trained to deliver speeches at the pulpit as smart as we could. In my youth, I conducted countless Ministerial works in the Seventh Day Adventist Churches.   I studied at Southern Mindanao Academy, Managa, Davao del Sur;   Matutum View Academy, Tupi, South Cotabato; Notre Dame of General Santos City; Forest Hills Academy, Bayugan 1, Agusan del Sur; and completed my college degree at the Silliman University, Dumaguete City.  Silliman University was founded and supported by Protestant American philanthropists, a sister University of the UNIVERSITY OF PHILIPPINES (UP). I obtained a degree in Bachelor of Arts, major in Speech and Theatre, and a junior college degree in Mass Communication.  In my youth, I was a battalion commander in paramilitary training. I was then the Senior Students’ president, and the Chairman of the Youth Organization, Science Club President, and Sabbath School Superintendent.

In 1981, I was trained extensively in Pagadian City, Philippines how to preach Christianity, particularly in Muslim community, and with the pretext of selling medical books under the banner of Adventism. We were later formed into groups and were assigned in Zamboanga City, Southern Philippines to conduct house-to-house and office-to-office evangelism. Our main targets were to raise funds and to spread our doctrines and convert the Muslims to Christianity (Adventism).  Even today there are Christian Institutions in the heart of the Muslim community in Mindanao whose main motive is to gradually Christianize the Muslims.

One day in Zamboanga City, I was assigned at the Al-Malin Shipping Line Office, district of Santa Barbara, to do our jobs. That is where I had my first encounter with a Muslim intellectual.  His name is Najeeb Razul Fernandez, formerly Samuel Fernandez, who was also a former Seventh Day Adventist-Evangelist.   We discovered later that we were neighbors during our childhood, and our parents and his uncle’s family (Memong Fernandez) were close friends and neighbors.

I introduced myself to Mr. Najeeb Razul Fernandez.  He warmly welcomed me and asked my purpose of visiting his office.  He was a liaison officer that time at Al-Malin Shipping Line Office.  He asked me, “Are you Seventh Day Adventist?”

“ Do you believe in Jesus Christ?”

“Of course!  We would not be a Seventh Day Adventist, unless we believe and follow Jesus Christ!”

I knew that if I answer “yes”, the next question would be; “Can you show me in your Bible that Jesus Christ was a Seventh Day Adventist?”  I knew well that there is no passage in the Bible that mentions that Jesus Christ was an Adventist!   I was shocked at the question, because in my experience I never encountered such question in my life.  I tried my best to ignore his question, and I talked of things which were not related to his question.  He repeated the question direct to my eyes, and said; “If you could not answer that question, please bring that question to your team leader and tell me his response.”

Then he related to me the true name and life of Jesus Christ, may the mercy and blessings of God be upon him, whose name is Iesa Al-Maseeh ibn Maryam in the Muslim world.  Jesus was a prophet and messenger of God.  The religion of the Muslims and the prophets of Allah is Islam.   And in fact, the prophets of Allah (God) were Muslims.  He also emphasized that Islam teaches about the Day of Resurrection, Judgment Day, Paradise, Hell-Fire, Angels, Prophethood, Morals, Divine Books, etc. All these words were like thunderbolts that awakened me from a deep sleep!  After I heard those words I did convey them to my team leader, and I asked him what the religion of Mary, Joseph, and Jesus Christ was.   He did not answer, instead I received warning not to talk to Mr. Fernandez or I will be excommunicated. My team leader’s reaction had pushed me to investigate what Islam is all about. It also sowed doubts to my belief being a Seventh Day Adventist.

If indeed my belief is the truth, I am not supposed to be afraid to deal with other religions!

I did not heed his warning. Again I went to Mr. Fernandez, then he asked me “DID JOSEPH, MARY, THE 12 DISCIPLES WORSHIP JESUS CHRIST AS GOD, AS YOU SEVENTH DAY ADVENTISTS DO TODAY?” I turned speechless.  I went back to our quarter in Zamboanga City, and debated with my team leader!  At that moment after our confrontation, our team leader immediately ordered me to pack up my things and leave.   That time I could not accept that I was a Muslim. My team leader and our whole group branded me that I became a Muslim and not fit to do our task in Muslim community.   With tears and confusion, I was forced to leave my SDA companions.  That was the turning point which led me to research Islam and eventually became a Muslim a few months later in September 1981, Isabela, Basilan, Philippines

I pondered. The center of the Muslim world is in the Middle East! If the West and the East knew the life of the Prophets, and particularly Jesus’ life, how about in the Middle East – the birthplace of the Prophets, and where the Muslims are praying, in the House of God,… built by Abraham, may the mercy and blessings of God be upon him. There are almost two billion Muslims throughout the world, and more people are embracing Islam daily than any other religion. Why? This trend had challenged me to research history in the Middle East, and the life of the last Prophet.

I had never believed that Muslims believe in God

I never ever thought that Muslims believe in God, as well as the above mentioned. What I had believed before was that Muslims are people who are doomed to Hellfire. Some non-Muslims believe that Muslims are like rats, a menace to a developed and peaceful society. This might be the reason why some countries systematically carry out ethnic cleansing and deprive Muslims of basic human rights. Such state-sponsored activities were done in Bosnia, Kosova, Kashmir, Chechnya, Mindanao, and the occupied territories in Israel which originally belong to Palestinians. In my native land, there is a well-known maxim which says: “A GOOD MUSLIM IS A DEAD MUSLIM.”

I embraced Islam because I found out that Islam is the true way of life (religion) prescribed by God, given to the Prophets, and the Quran is the only perfect book of God that has never been revised. I am appealing to non-Muslims to know about Islam from the Quran and authentic sayings or references written by Muslims.

At time I write this article, the population of the Philippines has reached 95 million, only 10% are Muslims. This means that more than 80 million are non-Muslims, and the majority of these non-Muslims are Christians.  Most Islamic propagators in the Philippines are driven to Muslim-Arab Countries for economic survival.  If our Arab Muslim brothers are sincere to spread the message of Islam, why don’t they send us back to our country with substantial support to propagate Islam there?

Personally, spreading Islam to Christians is interesting and challenging endeavor.  Due to my background as energetic Evangelist in SDA, I am enthusiastic in propagating Islam both publicly or privately. Alhamdulillah! I strongly believe that light is for the darkness: Likewise the non-Muslims need Islam for them to see that light and embrace the truth.