Jim Cate tells us how he embraced Islam 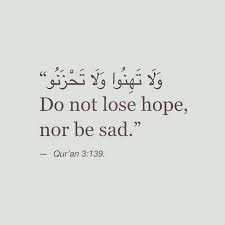 I was raised as a Christian and went to a fundamentalist Bible believing church.  I made a profession of faith to Jesus in 1969.  In all of my years as growing up Christian, I read and studied the Bible regularly.  Later on, I enlisted in the US Marines and led Bible studies with my troops.  In 1988, I started my own church reaching out with a special Spanish ministry to the Hispanics. In 1990, I got out of the Marines and joined the US Navy reserves.

In 1991, I was ordered to active duty for operation Desert Storm.  I remember being impressed with the Arabs worshipping 5 times a day and I never forgot about hearing the Athan (call to prayer) 5 times a day over the many loud speakers in the deserts of Saudi Arabia.  I purchased several prayer rugs while I was there.

As I continued in my Christian faith, when I got home, I started to become unsettled regarding it.  I went to several different churches and faiths over the years and studied their doctrines.  I studied and read the book of Mormon quite a bit and became fascinated with the Mormons.  However, I eventually found many conflicts between the Bible and the book of Mormon.

I later joined a 7th Adventist Church and thought this was the true path.  I studied and read several of Ellen G. White’s books concerning the 4th commandment of keeping the Saturday Sabbath.  However, I eventually saw some conflicts between the Bible and one of Ellen G. White’s vision of heaven.

I stayed home from all churches after that and got a job working for the Kansas City Star newspaper.  I came across a couple of Muslims at work and observed them daily, becoming impressed with their humble and pious character.  One day, I went to my favorite used book store and saw an English translation of the Noble Quran in Jan of 2008.  I took it home and began reading it.  I started to feel a drawing to the Islamic faith after about 4 weeks of reading it daily.

One January early morning, I was looking up on the internet on how to convert to Islam.  I found and repeated the Shahada very prayerfully and did this 2 or 3 times while meditating on it and with a prayerful attitude.  I suddenly felt a great weight lifted from my shoulders as I discovered that God had forgiven me of all my past sins.  This website (www.IslamReligion.com) then sent me several books on Islam from Saudi Arabia.  Since saying the Shahada, I immediately began performing wudu (ablution) and salah (prayer) 5 times daily.

On a side note, my wife has become upset with me over my conversion and has been trying to get me to renounce Islam.  I tell her I can never turn my back on God and continue to lead a humble Muslim life before her and being patient with her in the hopes of her one day embracing Islam.  I am now mentally, spiritually and physically feeling my best since converting to Islam.