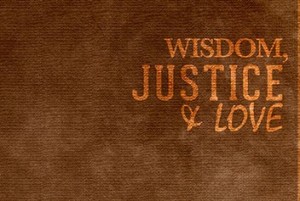 Dawood (alayhis salam) and his son, Sulaiman (alayhis salam) were not only prophets, but also kings of the people of Israel. They were both known for their strength, wisdom, judgement, and devotion to Allah.

Dawood (alayhis salam) was a wise and just judge of disputes which arose in his kingdom, but his son Prophet Sulaiman (alayhis salam) surpassed him in the ability to provide a fair judgement.

One of the fascinating stories about this father-son duo that is mentioned in the Qur’an is in surah number twenty-one, Surah Anbiya, ayahs 78 and 79.

There were two individuals, one of them had a farm, and the other one had a flock of goats and sheep. One night the shepherd’s flock of sheep and goat strayed into a farmer’s farm, destroying the crops that had been growing there. The case was brought before Dawood (alayhis salam), who awarded the flock of sheep to the farmer as restitution for damages.

As they were leaving the courthouse, and the narration mentions that, obviously, the farmer is at least grateful that a decision has been made, but he doesn’t really know what to do with these animals. The shepherd on the other hand who had to give all his animals up, is very distraught.

So Prophet Sulaiman (alayhis salam) suggested another solution, which would repay the farmer without ruining the herdsman. Prophet Sulaiman ruled that the farmer would keep the sheep and use their milk and wool, until the herdsman had restored the damaged field to its original condition. When that had been done, the flock would be returned to the herdsman. The sooner he restores it, the sooner the shepherd gets his animals back. The longer he takes, the longer he doesn’t have his animals.

There are so many lessons that we can take from here.

First. Dawud alayhi as-salam, a great prophet of Allah, shows us that somebody older, wiser, knowledgeable, experienced, or authoritative, should never close themselves off, should never deprive themselves of newer fresher ideas from younger people.

Second. A lot of times we have young people, who have great, fresh, new ideas of doing something in the community but lack the discipline to properly execute it. We see Sulaiman alayhi as-salam has manners, he’s got etiquette, and he is extremely respectful. If young people want their suggestions to be heard, they want their ideas to be taken seriously, they have to carry themselves accordingly. You can’t be behaving like a child, and be immature and obnoxious, but then when you want to share an opinion, you want everyone to take you seriously. You have to act in accordance with what you’re trying to communicate.

So it’s just such a profound lesson about family relationships, the dynamics within the home between family and children, and just in general across the board, in communities. How the youth are meant to deal with the older generation, and vice versa, how the older generation should be embracing and accommodating the youth.