Protection of environment : An important aspect in Islam 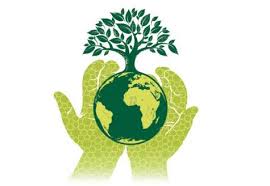 Protection of environment is an important aspect in Islam. Environment is something you are very familiar with around you including your working and living conditions. Islamic beliefs, traditions and values provide an effective and comprehensive solution to the current environmental challenges faced by the human race. Islam has a rich tradition of highlighting the importance of environmental protection. According to Islamic law, the basic elements of nature land, water, fire, forest, and light belong to all living things, not just human beings. Islamic attitude towards environment is based on not only prohibition of over-exploitation but also on sustainable development. The Holy Qur’an says, “It is He who has appointed you viceroys in the earth … that He may try you in what He has given you.” (Sura al an’am: Ayat 165). The Almighty says, “O children of Adam! … eat and drink: but waste not by excess, for Allah loves not the wasters.” (Sura al-Araf: Ayat 31).

The Prophet Muhammad (pbuh) clearly forbade destruction of trees and crops even during war times as long as their existence remains advantageous to the enemy. The Prophet (pbuh) gave high degree of importance on sustainable cultivation of land, humane treatment of animals and protection of wildlife. Some of the sayings of Prophet (pbuh) on environmental protection are:  “The world is beautiful and verdant, and verily Allah, be He exalted, has made you His stewards in it, and He sees how you acquit yourselves.” (Muslim).  “If a Muslim plants a tree or sows seeds, and then a bird, or a person or an animal eats from it, it is regarded as a charitable gift (Sadaqah) for him.” (Bukhari).  “Whoever plants a tree and diligently looks after it until it matures and bears fruit is rewarded,” (Musnad).  “He who cuts a lote-tree (without justification), Allah will send him to Hellfire.” (Abu Dawud). However, we are keepers of all creation including land, air, water, animals and forests.

Keeping plants around your home, school or workplace is not only aesthetic and decorative but also healthy and this improves indoor air quality. There are various ways to grow environmental awareness in personal and professional levels. Popularisation of social networking sites including Facebook, Twitter, and Google among young generation makes it easier to spread environmental awareness. According to Hazrat Jabir (Radi.), Prophet Muhammad (pbuh) said, “No Muslim, who plants a shoot, except that whatever is eaten or stolen from it, or anyone obtains the least thing from it, is considered (like paying) alms giving on his behalf until the Day of Judgment.” (Muslim). A major objective of Islamic teachings and the tradition of Prophet (pbuh) is to build and maintain a healthy and clean environment.