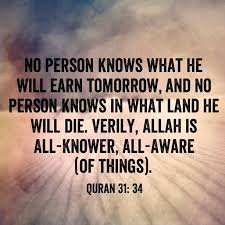 Transcribed from a sermon delivered at the American University in Washington DC which was attended by Muslims and non-Muslims.   Part 2: The harassment and persecution Prophet Muhammad endured to teach humanity that nothing deserves worship except God.

By khutbah.com (edited byIslamReligion.com) : I’ve been in large crowds in my life, both in the West and in the Middle East.

In Winnipeg, the biggest crowds I experienced were at hockey games.  Like I said before, Winnipeg has a lot of ice.  Maybe 20 thousand Winnipeggers would gather at night for a hockey game.  Hey that’s a lot for Winnipeg!

In Makkah, at the Grand Mosque, I have been in a crowd of 3 million worshippers in one prayer!  These people were not from one nation, nor were they from one language background, and no, they didn’t gather to see the Winnipeg Jets beat the Washington Capitols!

As you’ll see today when we line up for prayer, in Makkah 3 Million people lined up in perfect circles around the Grand Mosque to worship God! I once stood in the window of a hotel across from the Grand Mosque and watched down below the swarming crowd of 3 million Muslims.  Then, when the call to prayer began, that entire crowd stood in perfect circles in less than 50 seconds.  Who gathered these hearts? Only God!

A consistent crowd of 3 million from every nation, class, and color came about with pain and struggle to assert humanity’s right to worship nothing but the one true God, Allah.

There were times in that very same valley of Makkah when Muhammad would prostrate only to God, avoiding all the false idols that surrounded him.  The polytheists of Makkah sat there staring at him and loathed the scene.  They said to themselves, “How can we sit here and allow Muhammad to prostrate to God in your midst.  Who amongst us will humiliate him?”

He took the intestines of a fresh lamb that had been sacrificed to the idols and dumped it on the head of Muhammad.  The polytheists fell off their seats in hysterical laughter.  Muhammad did not come up from his prostration.

News reached his daughter Fatimah, who at that time was still a young girl, that her father was being ridiculed at the Ka’bah (the sacred House of God).  She raced there, and when she saw her father, she cried and removed the filth and swore through her tears at the polytheists.

This is just an example of the ridicule the Messenger of God and the Muslims went through to teach humanity that nothing deserves worship except God!

The polytheists of Makkah used their media – poetry and word of mouth – to sway public opinion against this call that there was no (true) deity but God.

A doctor by the name of Damaud from the tribe of Azd made pilgrimage to Makkah and when he arrived in the Holy valley the news media of Makkah flash warned him not listen to a word Muhammad says.  “He is a magician,” they said, “He’s mad.”

Damaud recalls, “They frightened me so much that I considered putting cotton in my ears.  But then I said to myself, ‘I am a doctor and have healed mad men before, perhaps I may be able to cure Muhammad.”

So after completing his circumambulation around the Ka’bah, he saw Muhammad sitting peacefully in the courtyard.  He approached him and said softly, “Muhammad, I administer treatment for this illness and God has allowed me to heal many people, would you wish that I nurse you?”

Muhammad, may God praise him, turned and said, “Verily all praise belongs to God; we thank God and seek his protection from everything; whoever God guides none can misguide them and whoever God leaves to go astray none can guide them aright.  I testify that there is no deity worthy of worship except God (Allah) and that (I) Muhammad am the Messenger of God.”

Damaud’s mouth gapped open.  He swallowed and said, “Could you repeat that for me?”  Muhammad the Messenger of God repeated it.

You’ll find in the Qur’an verse after verse opening the eyes of humanity to the reality that there is a God and He is only One.

Were they created by nothing or were they the creators of (themselves)? Or, did they create the heavens and the earth? Rather, they are not certain. Or have they (in their hands) the treasures of your Lord? Or do they control it? (At-Toor 52:35-37)

Jubayr ibn Mut’em said, “When I heard these verses, it was as if my heart had wings flying swiftly and in bliss to the truth that I had found in Islam.”

Brothers and sisters, where will you be in 100 years? You’ll be dead.  And where were you 100 years ago? Nowhere.  You were nothing.  God says in the Qur’an:

Has there not come upon man a period of time when he was not a thing (even) mentioned? Indeed, We created man from a sperm – drop mixture (i.e.  combination of male and female substance) that We may test him and We made him hearing and seeing.  Indeed, We guided him to the way, to be thankful or to be ungrateful.  (Al-Insan 76/1-3)

In those early days of Islam, the Messenger of God would go from tent to tent, tribe to tribe, announcing to them, “Say there is no (true) deity except God and success will be yours!”

Today, over 1400 years later as the followers of Muhammad, believers in God (Allah), we extend those words of our Messenger to all our guests today: Say there is no (true) deity except God (Allah) and success will be yours!