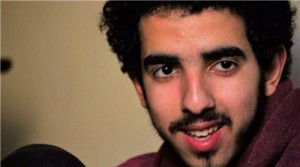 Fears are growing over the whereabouts of a 22-year-old Egyptian student who was last seen being dragged away from a Cairo metro station by a group of men, shortly before security forces raided his family home.

According to witnesses, unknown men apprehended Omar Khaled at a metro station in Egypt’s capital, Cairo, on Thursday while he was on his way to meet friends at university.

Officials told Khaled’s mother, Ghada Rifaat, that they did not know where her son was. Security forces, she said, raided the family’s home shortly after he disappeared.

“There was absolutely no warning or indication … he was going out normally to meet his friends and was kidnapped on the way,” Rifaat told on Monday.

“Had it not been for another student on his course tweeting that she had seen him being dragged away from the station by men in plainclothes, they would’ve had no idea about what happened to him.”

Khaled’s father, Khaled Abdelrahman, is a member of the outlawed Muslim Brotherhood and was imprisoned in 2013. Despite his father’s political affiliation, Rifaat said her son – a student of engineering – was apolitical.

“Omar wasn’t politically active,” she said. “He’s just an Egyptian student that loves his country and wants the best for it.”

She added that her requests for more information from police have so far been met with “shrugs”.

Khaled’s friends at Cairo’s Ain Shams University have responded to his apparent arrest with open defiance.

Egypt is accused of abducting and torturing hundreds of activists, according to Amnesty International.

In a report published in July 2016, the rights group said children as young as 14 were being forcibly disappeared by the state security apparatus.

In a statement released alongside the report, Amnesty’s Philip Luther described the tactic as a “key instrument of state policy”.

“Egyptian authorities have repeatedly denied that enforced disappearances exist in the country, but the cases featured in this report provide strong evidence to the contrary,” Luther said in the statement.

“The report exposes not only the brutality faced by those disappeared but also the collusion between national security forces and judicial authorities, who have been prepared to lie to cover their tracks or failed to investigate torture allegations, making them complicit in serious human rights violations.”

According to Human Rights Watch, Egypt has tortured and imprisoned tens of thousands of political dissidents, particularly those linked to the Muslim Brotherhood.