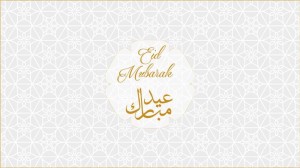 Saudi Arabia, Qatar, Malaysia, Indonesia and the United Arab Emirates announced on Saturday that Sunday will be the first day of Eid al-Fitr 1438.

Eid al-Fitr, which means “festival of breaking the fast”, marks the end of the Muslim holy fasting month of Ramadan.

Turkey and Muslim communities in North America, Europe and Australia had previously announced they would celebrate Eid al-Fitr from Sunday June 25 based on astronomical calculations.

Oman, however, has not sighted the moon, and thus declared Monday June 26 as the first day of Eid al-Fitr.

Bangladesh, Pakistan, India will be sighting the moon on Sunday. These countries started Ramadan on May 28 and so Sunday will be the 29th of Ramadan for them.

Eid al-Fitr is is an official holiday in all Muslim-majority countries.